The Deputy Spokesperson for the Tinubu/Shettima Presidential Campaign Council, Hannatu Musawa has described as a misrepresentation, a viral video where the All Progressives Congress (APC) presidential candidate, Bola Tinubu allegedly gave money to someone at an event.

In the video which widely circulated on the social media, Tinubu was seen handing what looked like money to a man at an event, with many people tagging it as bribe and vote-buying.

But reacting in a statement on Wednesday, Musawa who claimed to have recorded and posted the said video, said Tinubu was performing an act of alms giving and charity to ‘a poor disabled gentleman’ and not offering a bribe.

The APC member accused the opposition of turning a perfectly innocent video a kind act into something mendacious and devious.

My attention has been drawn to the dishonest, erroneous and incorrect narrative spun by unctuous, dissipated, debauched and desperate elements within the opposition to turn a perfectly innocent video I posted of a kind act I witnessed my Principals carrying out into something mendacious and devious.

As I watch the negative chronicle being spun by the opposition Svengali’s, trying to enforce a specific negative narrative on the public, it is clear that the falsehood being spread stems from the devious imagination and wicked machinations of a desperate and self combusting opposition.

I would have dismissed the musings as the rantings of an inconsequential opposition, however I am compelled to make this response because of innocent Nigerians that may be misled by such devious rhetoric.

On Monday the 19th December 2022 at approximately 4:48 pm, I watched with appreciation and approbation as my two principals, Asiwaju Bola Ahmed Tinubu and Alhaji Kashim Shetima performed an act of kindness towards a poor and disabled man who was truly in need. After watching them, I was further convinced that these were two men of precious faith that have the heart of kindness, empathy and compassion. And I believed it was a story that needed to be told.

In the Bible under Psalm (112:5-9), it is written “It is well with the man who is gracious and lends; He will maintain his cause in judgment. For he will never be shaken; The righteous will be remembered forever. He will not fear evil tidings; His heart is steadfast, trusting in the Lord.”

Equally under Proverbs 19:17, it is taught, “One who is gracious to a poor man lends to the Lord, And He will repay him for his good deed.”

In Islam we are taught that The prophet (PBUH) says the following in a hadith: “Muslims help each other only by passing the bridge of almsgiving.”

Furthermore, in the Holy Quran (2:274) it is expressed that,” Those who in charity spend of their goods by night and by day, in secret and in public, have their reward with their Lord: on them shall be no fear, nor shall they grieve.”

Almsgiving by virtue of the two holy teachings, giving charity and alms specifically to help the poor becomes a core tenant for Muslims and Christian to abide by.

A few days ago I attended a gathering with the Presidential candidate of the APC Asiwaju Bola Ahmed Tinubu and his running mate, Alhaji Kashim Shetima where they had a robust engagement with persons with disability. During the event, our principals had the opportunity to interact with a poor and disabled elderly gentleman. Borne purely out of compassion, my principals spoke to this gentleman, listened to him and performed the tenant of charity and alms giving towards him.

As I watched this tender moment between the three men, I wanted to capture it and show the world the empathy that organically runs through the veins of my principals, and that raw spirit of charity that they both imbibe.

I posted the video, not out of mistake, but with the intention of telling the compassionate story of the empathetic leadership that Asiwaju Bola Ahmed Tinubu, supported by Alhaji Kashim Shetima will surely give to Nigeria after they emerge victorious in the upcoming election, by the grace of The Almighty.

Having the honor of traversing the country with my two principals during this campaign, has given me the peace of mind that Nigeria will be in good hands under their leadership. This is not only because they come with the capacity, character, commitment, clout, courage, vision, and honesty of purpose to identify the most troubling challenges our beautiful nation faces and find lasing solutions to them but also because they both carry that element of empathy and compassion needed to understand the needs of Nigerians and being aware of our feelings and thoughts.

That 2 minute video clip was a visual reflection of my principals compassion towards the needy.

Rather than commend Asiwaju Bola Ahmed Tinubu and Alhaji Kashim Shetima, for a kind act towards a man that was clearly in need, the opposition have regrettably decided to put a negative spin on a story of good will and sheer kindness.

While it is unfortunate that the opposition refuses to contain the campaign to an issue-based campaign, which focusses on the action plan, manifestos and programs they have for Nigerians, it is clear that they are clutching and grasping at straws and adopting unusual and extreme methods because their ideas have failed even before they have started.

With the trajectory of the upcoming election showing that the pendulum is swinging to the benefit of an APC victory, there is no question that the opposition is behaving like the proverbial “drowning man” determined to pull others down with them. And while there is hardly any purpose in joining issues with a losing opposition, it is important to highlight their diversionary rhetoric and tactics.

If there is any lesson to be learnt from the magniloquence attached to the short clip I took and wholeheartedly stand by, is the manipulative devices and palette of tools the opposition is adopting, out of desperation, in order to sell a false narrative to the public. From this one incident, it is now imperative for Nigerians to interrogate every single ‘out of context’ video clip and pieces of information, or rather, propaganda, the opposition comes out with.

Even though I do understand the despondency and misery of the PDP, who have been hit worse than the Titanic racing towards the iceberg with their loss of 5 ‘brightly shining’ governors and the anguish and despair of the Labour party who have a ‘Constitutional Impossibility’ of winning the next election based on Section 134 of The Constitution, it would be advisable for them to remain on the issues while they try to sort out their inhouse complications. If they concentrate on the task ahead, they might have a smidgen of hope of gaining a tiny bit of ground, all though it is unlikely.

I would honestly like to urge the opposition to focus on emphasizing their own policy proposals or highlighting their candidate’s attributes rather than soiling the atmosphere with lies, negative campaigning, ‘out of context’ spins, character assassinations, pejorative language and shameful insinuate rumors.

Negative campaigning will not help the opposition to win votes; Only Nigerians can. And I have thorough confidence that, come February 25th 2023, Nigerians will exercise their constitutional right and resoundingly vote for the emergence of Asiwaju Bola Ahmed Tinubu as the 17th President of the Federal Republic of Nigeria.

I also urge Nigerians to disregard any fabrication attached to my video of an act of kindness and compassion, and rather concentrate on collectively working to move our nation forward by making the upcoming voting exercise the freest and fairest elections Nigerian will ever have.

As for me, I will not be distracted or blackmailed by the obstinate desperation of the opposition and will stand strong and remain focused as we move ‘onward and upward.’ And neither will APC, every member of our team, nor our principals.

In both the Christian and Muslim faiths, ‘the bridge that ensures the order and security in the social life of human beings is almsgiving and mutual assistance.’ That bridge has already been crossed by Asiwaju Bola Ahmed Tinubu, who is already gearing to, perhaps, become the best leader Nigeria will ever have! Under his Presidency we will be ‘one nation bound in freedom, peace and unity’…   “You heard it hear first!”

May The Almighty Bless, Guide and Protect Asiwaju Bola Ahmed Tinubu and Alhaji Kashim Shetima and they coast to victory.

Federal Republic of Nigeria. God Bless us all. 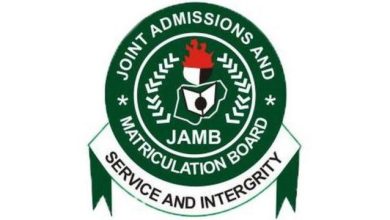 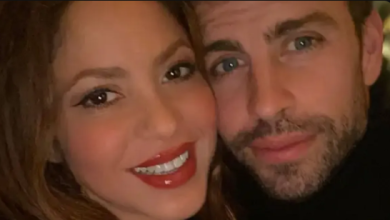 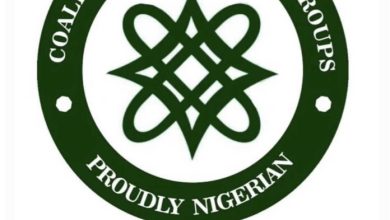 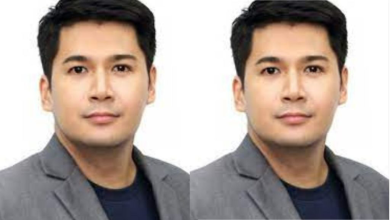