Zinedine Zidane has followed up an
amazing playing career with what has the
makings of being an equally impressive run
as a manager. His first season in charge of
Real Madrid produced a UEFA Champions
League title, and he is on the verge of a
potential Champions League-La Liga
double in his second year.
It is a level of managerial success that
wasn’t expected, at least not so quickly.
Not even by Kaka, who knows him and Real
Madrid well.
Kaka: Why Neymar’s my favourite player
“When I was there, I had (Zidane) as a
second coach for (Jose) Mourinho, and he
started doing very good but I think it’s a big
surprise for everybody,” former Madrid star
Kaka told Goal .
“He was an amazing player, and he’s
smart, he’s intelligent, but the results he’s
been having this season is incredible. He
can win the league and he can win the
Champions League, so it’s very, very good
results for just two years as a professional
coach. So congratulations to Zidane.”
Zidane’s time away from the game lasted
four years before then-manager Mourinho
appointed him as special advisor to Real
Madrid’s first team, which allowed the
Frenchman to transition back into the club.
A stint as Real Madrid’s sporting director
soon followed, as did time as Carlo
Ancelotti’s assistant, as well as a run as the
manager of the second team. He replaced
fired Real Madrid boss Rafa Benitez midway
through the 2015-16 season, guiding Los
Blancos to the club’s 11th Champions
League title.
Kaka reveals future plans
Zidane has been a rare exception of a
superstar player making a smooth and
successful transition into managing, which
could serve as inspiration for other star
players to follow a similar career track.
Kaka isn’t thinking about being a manager
just yet, but his thoughts on the subject
reveal that Zidane didn’t have that career in
mind either when he retired as a player in
2006.
PLAY
“(Managing) is not something that i’m
thinking (about) right now, but I don’t
know, maybe in the future,” Kaka said.
“Zidane is a good example of that. When
we were (at Real Madrid) we talked a lot
and he told me one day that when he
stopped playing he didn’t want to be a
coach, he just wanted to stay with his
family and enjoy life a little bit, travel
around.
“And after two, three years he missed it …
the field, the smell of the grass, and he
thought, ‘No, maybe it’s time to get back
and start to learn more about soccer off the
field.’ Then he did the coach course, and he
became Castilla and youth teams coach for
Real Madrid. Then after that he became the
first-team coach.
“So I think that’s a good example for me,
maybe, but now it’s not something I think
about, but maybe in the future.”
Zidane will look to guide Real Madrid to
their 12th Champions League title when
they face Juventus in the final on June. 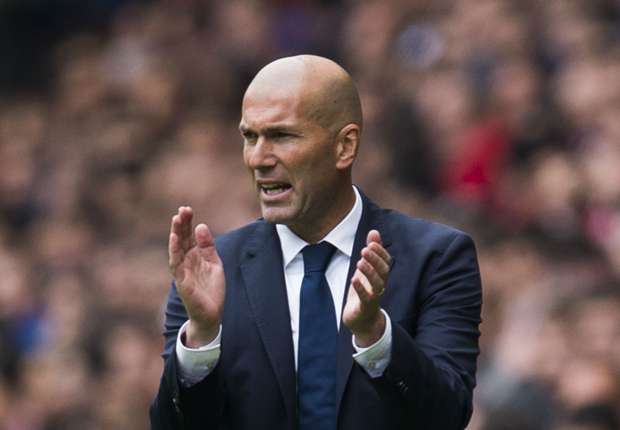